How Turmeric Can Help with Gastritis 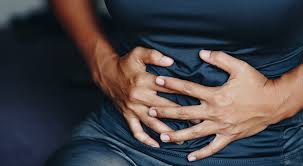 Acute or chronic gastritis occurs when the stomach lining is eroded, inflamed or irritated. This can be caused by stress, excess alcohol consumption, frequent vomiting and long term usage of anti-inflammatory drugs like aspirin. Gastritis is also caused when Helicobacter pylori bacteria infect the stomach, bile reflux, viral and bacterial infections or pernicious anemia.

Gastritis must be treated immediately as it can cause ulcers and increase the risk of contracting stomach cancer. Gastritis is treated with a combination of drugs depending on the cause and the right diet.

Turmeric contains curcumin which is a polyphenol with anti-inflammatory, antioxidant, antibacterial and antifungal properties. It can lower inflammatory enzyme levels in the body and even improve digestion by helping bile production by the gall bladder. Since it is an antioxidant, it can also protect the body from cell damage caused by free radicals.

In Ayurvedic and Chinese medicine turmeric has been used for centuries  to treat gastritis as it can reduce stomach acid and prevent inflammation of the walls of the intestines.

In a 2001 study on the effects of curcumin on gastritis and peptic ulcers, it was found that it can relieve symptoms of gastritis within a couple of weeks.The study was conducted on 24 male patients and 21 female patients in the 16-60 age groups with peptic ulcers. 7 female and 18 male patients underwent endoscopies to locate their ulcers, size, etc.The patients were given 300mg of capsule-filled turmeric powder five times a day.

The results were studied after 4 weeks of treatment. In 12 cases, the ulcers disappeared after 4 weeks, in 18 patients after 8 weeks. The remaining 20 patients had no ulcers but seemed to suffer from gastritis, stomach erosion, and dyspepsia.These patients were given a 4-week course of turmeric capsules. Their abdominal discomfort and pain subsided and they could eat normal food.There were no side effects after taking turmeric with all patients having normal renal and liver functions.

Helicobacter pylori bacteria cause peptic ulcers, gastritis, and gastric cancer. Treating it can be difficult with many available medications failing to ease symptoms.

Curcumin diferuloylmethane seems to inhibit the growth of H.pylori. An in vivo study of 65 H.pylori clinical isolates was studied when being treated with curcumin.It stopped the growth of all the H.pylori strains. Mice infected with H.pylori were given curcumin.It was effective in eradicating the bacteria and protecting the mice from gastric damage. This study shows the potential that turmeric may have in treating H.pylori infection and diseases caused by it like gastritis.

Helicobacter pylori bacteria cause peptic ulcers, gastritis, and gastric cancer. Treating it can be difficult with many available medications failing to ease symptoms.

Curcumin diferuloylmethane seems to inhibit the growth of H.pylori. An in vivo study of 65 H.pylori clinical isolates was studied when being treated with curcumin. It stopped the growth of all the H.pylori strains. Mice infected with H.pylori were given curcumin.It was effective in eradicating the bacteria and protecting the mice from gastric damage.

H.pylori bacteria are known to cause most of the GI infections affecting a large section of the population. Hence, there are many studies on various therapies that can protect against infection from these bacteria.Eradication of H.pylori could especially help prevent gastritis caused by duodenal peptic ulcers.Since many strains of these bacteria are resistant to conventional treatment, new methodologies are required.

Hence an in vitro study was conducted on the uses of water and ether extracts of cinnamon and turmeric on 5 H.pylori strains.

Water extract from turmeric plants showed the most potent antibacterial effects.An international study was conducted on 6 strains of H.pylori in patients with peptic ulcers. 25 medicinal plants were selected and an aqueous extract of each was obtained.Turmeric was the most effective, killing 100% of H.pylori within 15 minutes of administration.

In another study, the stomachs of laboratory rats were ligated to cause gastric hyperacidity. Now, symptoms of gastritis appeared and the rats were given doses of turmeric and ranitidine. Ranitidine is usually used to treat heartburn, duodenal and gastric ulcers.

The rats were not fed but given water for approximately 18-24 hours. They were then given plain saline water, water extract of turmeric or ranitidine. Their stomachs were carefully examined after the test period for ulcerations. Saline water did not prevent hyperacidity.However, both the groups given ranitidine and turmeric had reduced hyperacidity. This could be because of the ability of turmeric and ranitidine to suppress histamine receptors H2R. Turmeric usually does not create any side effects and could benefit the treatment of gastritis.

A 2004 study found that curcumin could prevent cellular processes vital to the growth of H.pylori bacteria.This gram-negative bacterium can cause gastritis, ulcers and even gastric adenocarcinoma. H.pylori causes a cell scattering or motogenic response that can activate pro-inflammatory cytokines and transcription factors and result in the death of epithelial cells.

The study found that turmeric was able to block this mitogenic response and could be effective in treating H.pylori.Various natural products like omega-3 fatty acids, curcuminoids, black seed oil, and omeprazole – a synthetic medication – were tested on gastritis.While omeprazole helped with gastritis, there were certain side effects. However, a combination of the three natural products taken for 3 weeks normalized gastric mucosal activity and may be used in the future to treat gastritis.

There is no particular prescribed dose of turmeric defined for gastritis. Based on the studies and reader’s reports we have summarized various ways of taking turmeric which could benefit from this disorder.

This was concluded after a study that found turmeric is a carminative agent that can relieve indigestion. This is one symptom of gastritis.  The standard dosage of turmeric powder is 400-600mg thrice daily, of cut root – 1.5-3g daily, dried powdered root – 1-3g daily and fluid extracts – 30-90 drops daily.

Turmeric supplements taken in excess could cause indigestion, diarrhea, nausea or dizziness. Turmeric spice used in food is safe for anyone to consume.

Those with gall bladder problems, pregnant and breastfeeding women, anyone needing surgery and diabetic patients must avoid turmeric supplements.  Always consult your doctor for the right quantity to use for gastritis.

Oshun Health’s Curcumin Boost contains the full spectrum of biologically active curcuminoids. Due to the liposomal absorption technology and piperine in Curcumin Boost the product is highly bio-available.